“Project Loom aims to drastically reduce the effort of writing, maintaining, and observing high-throughput concurrent applications that make the best use of available hardware. … The problem is that the thread, the software unit of concurrency, cannot match the scale of the application domain’s natural units of concurrency — a session, an HTTP request, or a single database operation. …  Whereas the OS can support up to a few thousand active threads, the Java runtime can support millions of virtual threads. Every unit of concurrency in the application domain can be represented by its own thread, making programming concurrent applications easier. Forget about thread-pools, just spawn a new thread, one per task.” – Ron Pressler, State of Loom, May 2020

Project Loom brings virtual threads (back) to the JVM in an effort to reduce the effort of writing high-throughput concurrent applications. Loom has generated a fair bit of interest with claims that Asynchronous APIs may no longer be necessary for things like Futures, JDBC, DNS, Reactive, etc. So since Loom is now available in OpenJDK 16 early access includes, we thought it was a good time to test out some of the amazing claims that have been made for Duke‘s new opaque clothing that has been woven by Loom!  Spoiler – Duke might not be naked, but its attire could be a tad see-through!

We started writing what would become Eclipse Jetty in 1995 on Java 0.9.  For its first decade, Jetty was a blocking server using a thread per request and then a thread per connection, and large thread pools (sometimes many thousands) were sufficient to handle almost all the loads offered.

However, there were a few deployments that wanted more parallelism, plus the advent of virtual hosting meant that servers were often sharing physical machines with other server instances, all trying to pre-allocate max resources in their idle thread pools to handle potential load spikes.
Thus there was some demand for async and so Jetty-6 in 2006 introduced some asynchronous I/O. Yet it was not until Jetty-9 in 2012 that we could say that Jetty was fully asynchronous through the container and to the application and we still fight with the complexity of it today.

Through this time, Java threads were initially implemented by Green Threads and there were lots of problems of live lock, priority inversion, etc. It was a huge relief when native threads were introduced to the JVM and thus we were a little surprised at the enthusiasm expressed for Loom, which appears to be a revisit of late-stage MxN Green Threads and suffers from at least some similar limitations (e.g. the CPUBound test demonstrates that the lack of preemption makes virtual tasks unsuitable for CPU bound tasks). This paper from 2002 on Multithreading in Solaris gives an excellent background on this subject and describes the switch from the MxN threading to 1:1 native threads with terms like “better scalability”, “simplicity”, “improved quality” and that MxN had “not quite delivered the anticipated benefits”. Thus we are really interested to find out what is so different this time around.

The Jetty team has a near-unique perspective on the history of both Java threading and the development of highly concurrent large throughput Java applications, which we can use to evaluate Loom. It’s almost like we were frozen in time for decades to bring back our evil selves from the past 🙂

That’s a lot of threads and it is a claim that is really easy to test!  Here is an extract from MaxVThreads:

Which we ran and got:

But maybe we should look a little deeper before we throw out decades of painfully acquired asynchronous Java programming experience?

So what can Kernel Threads do?

Easy to test, just take out the .virtual() and you get MaxKThreads, which runs with:

Well, that certainly is a lot less than the number of Loom virtual threads! Two orders of magnitude at least!  But 32k threads is still a lot of threads and that limit is actually an administrative one so it is definitely possible to tune and increase the number of kernel threads. But let’s take it at face value because whilst you might get one order of magnitude more kernel threads, no amount of tuning is going to get 1,000,000 kernel threads.

How is that even possible? 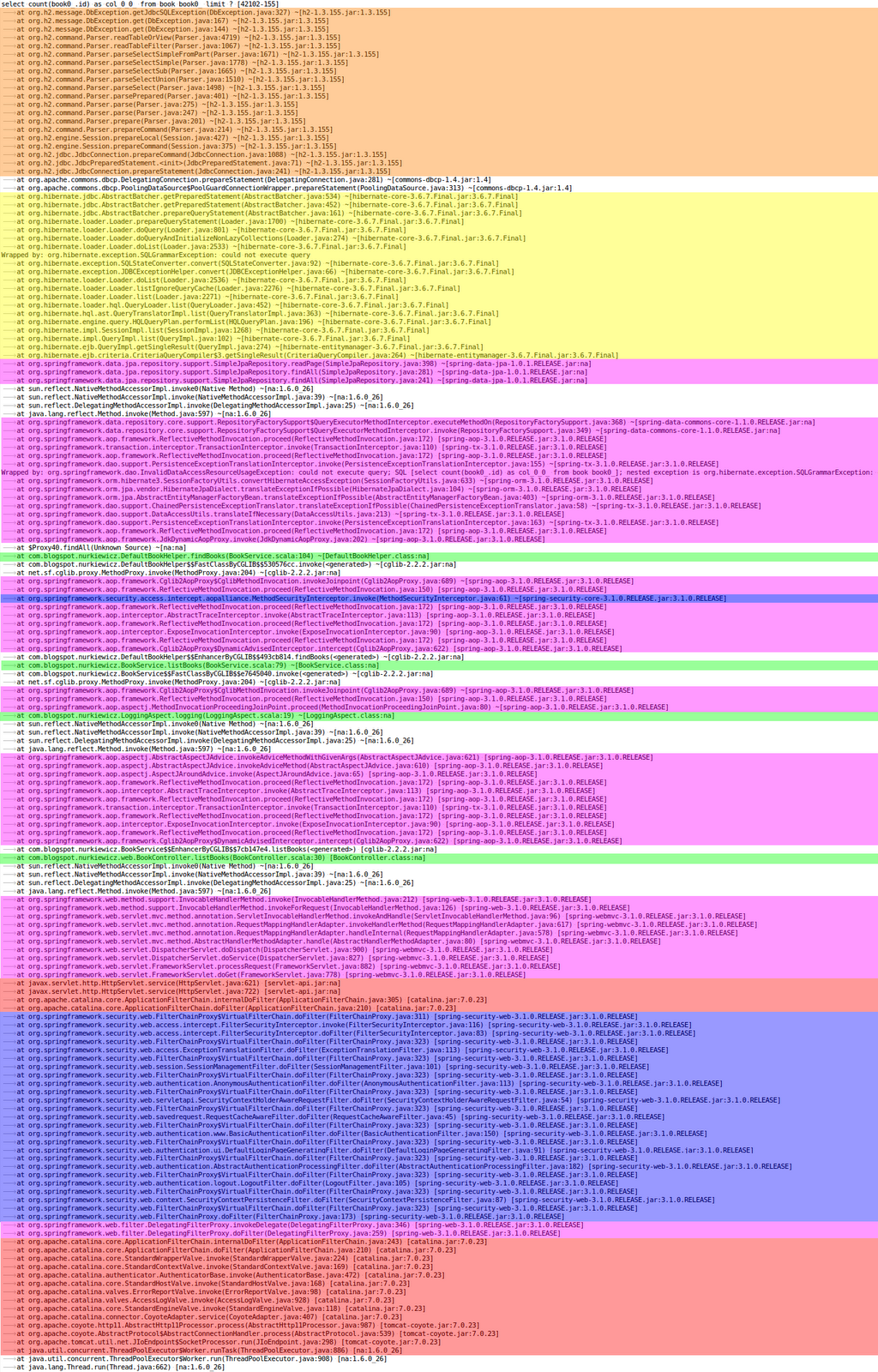 The answer is that, unlike kernel threads which allocate the entire virtual memory requirement for a stack when a thread is started, virtual threads have more dynamic management of threads and they must not be allocating stack space until it is needed.
So Loom has been able to allocate 1,000,000 virtual threads on my laptop because my test was using minimal stack depths!
This is not very realistic as the current trend is for deeper and deeper stacks, such that we routinely now have to deal with the Stack Trace From Hell!

So we think we need to repeat our experiments with some non-trivial stacks and see what we get!

Recursion is a good way to potentially blow up any stack and we have used a contrived example of a “genetic algorithm” in DnaStack to simple generate some deep stacks with a mix of fields on the stack and objects on the heap that are referenced from the stack.  It is not very representative of most applications, but we think it will do for this initial investigation.

Simply running this test until stack overflow will reveal how deep our stacks can go, so that MaxStackDepth reports:

However, as smart as we think that we are at writing contrived recursive examples, the writers of the JVM JIT are smarter and after a period of warming, they must have found loops to unwind, tails to iterate and/or things to move on/off the stack, so that ultimately my test reports:

So both types of thread can support very deep stacks (or at least deep stacks with whatever fields my test managed to keep on the stack).
However, for further testing, let’s not be too extreme and restrict our runs of this test to 1000 deep fake DNA protein stacks, tested only after warming up the JIT.

So how do virtual and kernel threads go when using nonempty stacks? The test MaxDeepKThreads attempts to allocate 1,000,000 threads with 1000 deep stacks, but it fails at this point:

So with deep stacks, kernel threads reached exactly the same 32k limit.
This makes sense as kernel threads pre-allocate their stacks and thus the limit equally applies to shallow or deep stacks. So the limit applies regardless if the stacks are used or not (yes – this suggests we can tune our stacks to be smaller, but let’s not go there)!

This is how Loom goes with MaxDeepVThreads:

The kernel threads used 3.7GB/32K = 114KB/thread of heap memory, whilst the Loom virtual threads used 8.4GB/55K = 152KB/thread of heap.   The additional heap memory usage for virtual threads appears to be due to the stacks being stored on the heap rather than in kernel memory.  Indeed investigating with jcmd $pid VM.native_memory (along with adding -XX:NativeMemoryTracking=summary on the command line of the JVM to test) reveals that the kernel threads had an additional 8.3GB of stack memory committed (257KB/thread) of which we cannot tell how much is actually used.   We are not sure either style of memory usage can be said to be better, rather they are just different:

Of course, both of these tests could be tuned with heap sizes, stack sizes, etc. but the key point is that both approaches are both more or less limited by memory and are both the same order of magnitude. Both tests achieve 10,000s of threads and both could probably peak above 100,000 with careful tuning. Neither is hitting 100,000s let alone a 1,000,000.

Loom does allow you to have many threads, even 1,000,000 threads, but not if those threads have deep stacks.  It appears to increase total memory usage for stack entries and also comes at a cost of long garbage collections.  These are significant limitations on virtual threads, so they are not a Silver Bullet solution that can be used as a drop-in replacement for kernel threads. Loom is effectively running the same “business model” as gyms: they sell many more memberships than they have the capacity to simultaneously service.  If every gym member wanted to join a spin class at the same time, the result would be much the same as every Loom virtual thread trying to use its stack at once.  Gyms can be very successful, so it may well be that there are use-cases that will benefit from Loom and that Duke is not naked, it’s just that its new clothes are see-through lycra for going to the gym.   We see more in part 2.

Do Loom’s Claims Stack Up? Part 1: Millions of Threads?
Tweet

3 thoughts on “Do Loom’s Claims Stack Up? Part 1: Millions of Threads?”